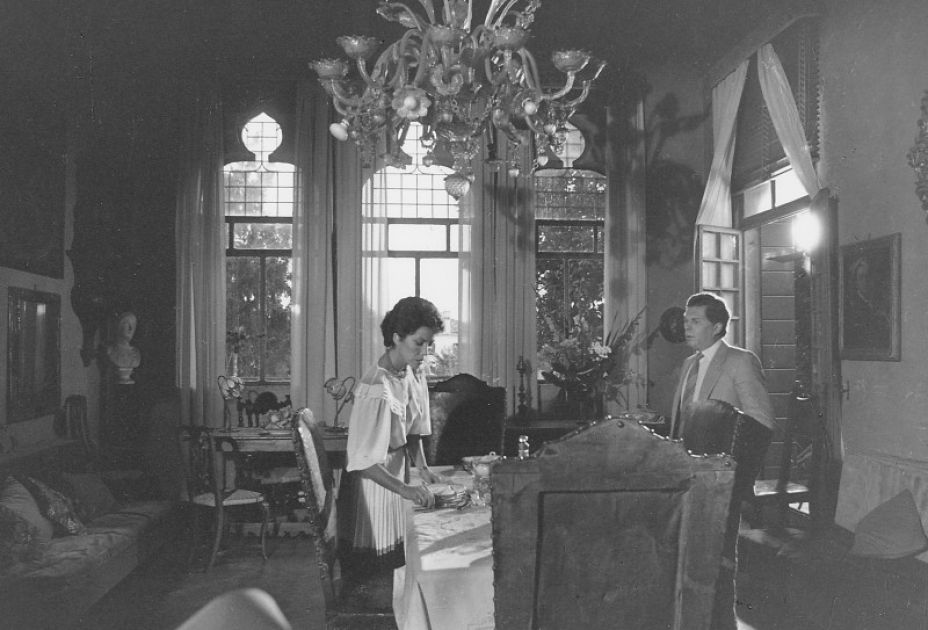 The Casa dei Tre Oci is a splendid testimony of early 1900s Venetian architecture; it was designed by the artist Mario De Maria (Marius Pictor) and built in 1913 in a historical moment in which Giudecca was a privileged place for important architectural and urban changes, such as the construction of the new industrial systems of the Junghans complexes and the Molino Stucky , as well as the construction of large popular and bourgeois residential areas. Born as a house-studio of Mario who designed it with passion, following its construction works, it was later by his son Astolfo, a painter like his father, who lived there with his wife Adele.

It has always been a place of artistic and cultural production, a meeting place for meetings and debates, a study for the artists participating in the Biennale and a hospitable space for intellectuals passing through Venice, until the late 1980s it was a lively and active place. Thanks to Adele and Giulio Macchi, with whom Adele married after Astolfo's death, the Casa dei Tre Oci welcomed and hosted internationally renowned figures, from Vittore Grubicy to Hundertwasser, from the daughter of Peggy Guggenheim to Sciltian, from Morandi and Fontana to Dario Fo, who will use it as a laboratory for his 1985 Harlequin.

The building, which takes its name from its three large windows that look like eyes (oci, in Venetian dialect), was purchased in 2000 by Fondazione di Venezia and reopened to the public in 2012 after a long and careful restoration. It constitutes one of the main episodes of neo-Gothic architecture in Venice, so much so that it was declared in 2007 by the Regional Directorate for Cultural and Landscape Heritage of the Veneto region, an asset of historical and artistic interest.

With the new opening of the Casa dei Tre Oci, photography has found its home with exhibitions, workshops, seminars, workshops, conferences, and important monographic exhibitions of the great masters of the international scene. After eight years of continuous activity, the Casa dei Tre Oci represents a point of reference with large exhibitions that have told the work of great photographers such as Erwitt, Salgado, Berengo Gardin, Burri, Newton, LaChapelle, Bischof, Roiter, Ronis, Battaglia , Scianna.
The building houses the photographic funds owned by Fondazione di Venezia which include the De Maria Fund, with more than 100,000 images taken by the various members of the family, and the Italo Zannier Archive, with almost 2,000 photographs from the nineteenth century to today, in addition to a valuable section of its library (12,000 volumes).