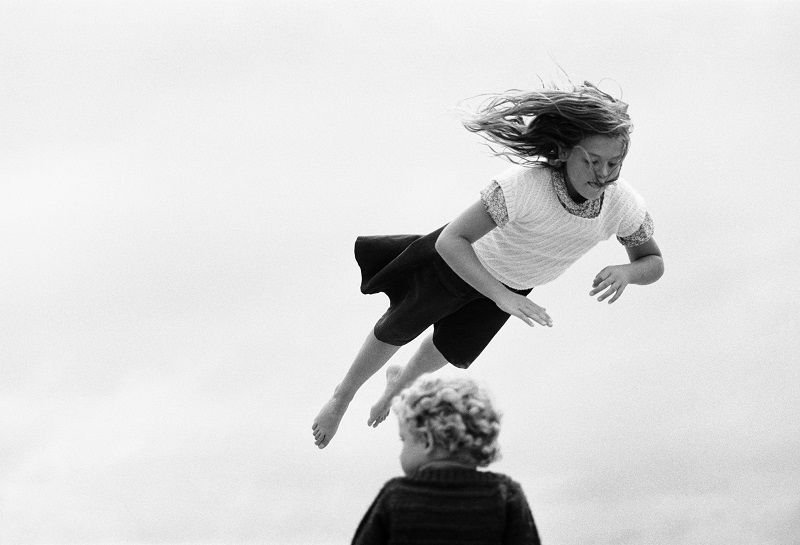 The exhibition presents 120 images, 55 of which previously unknown, all coming from Lartigue’s personal photograph albums, some pages of which will be on display in facsimile form. Added to these are archive materials, books such as the Diary of a Century (published with the title “Instants de ma vie” in French), magazines from the period, a diaporama with pages from the albums, three stereoscopes with images representing snowy landscapes and elegant Parisian settings. These documents look back over his whole career, from its beginnings in the early 20th century until the 1980s, and reconstructing the story of this photographer and his rediscovery

1963 was a crucial year in this regard: John Szarkowski, recently appointed director of the photography department of the MoMa - Museum of Modern Art in New York, exhibited Lartigue’s works in the museum, enabling him to achieve success when he was close to seventy years old.

The display itinerary of The Invention of happiness will be structured around those significant moments of rediscovery of Lartigue’s work, beginning with the exhibition at the MoMA, where his first photographs, created in the period prior to the First World War, were presented; this contributed to the establishing of his renown as the enfant prodige of photography. Inspired by the newspapers and illustrated magazines of this age, Lartigue was interested in the affluent members of the Parisian middle class who would gather at automobile races, at the horseracing competitions at Auteuil, as well as the elegant men and women attending them.

“Lartigue’s ‘part of the world’” - writes Denis Curti in his text in the catalogue - “is the rich and bourgeois one of a Paris of the nouveau siècle, and even when Europe was to be traversed by the horrors of two world wars, Lartigue was to continue to preserve the purity of his photographic microcosm, keeping on fixing on film only what he wants to remember, to conserve. To stop time in order to save the instant from its inevitable passage. For Lartigue photography

Accompanying the exhibition is a bilingual catalogue published by Marsilio Editori.