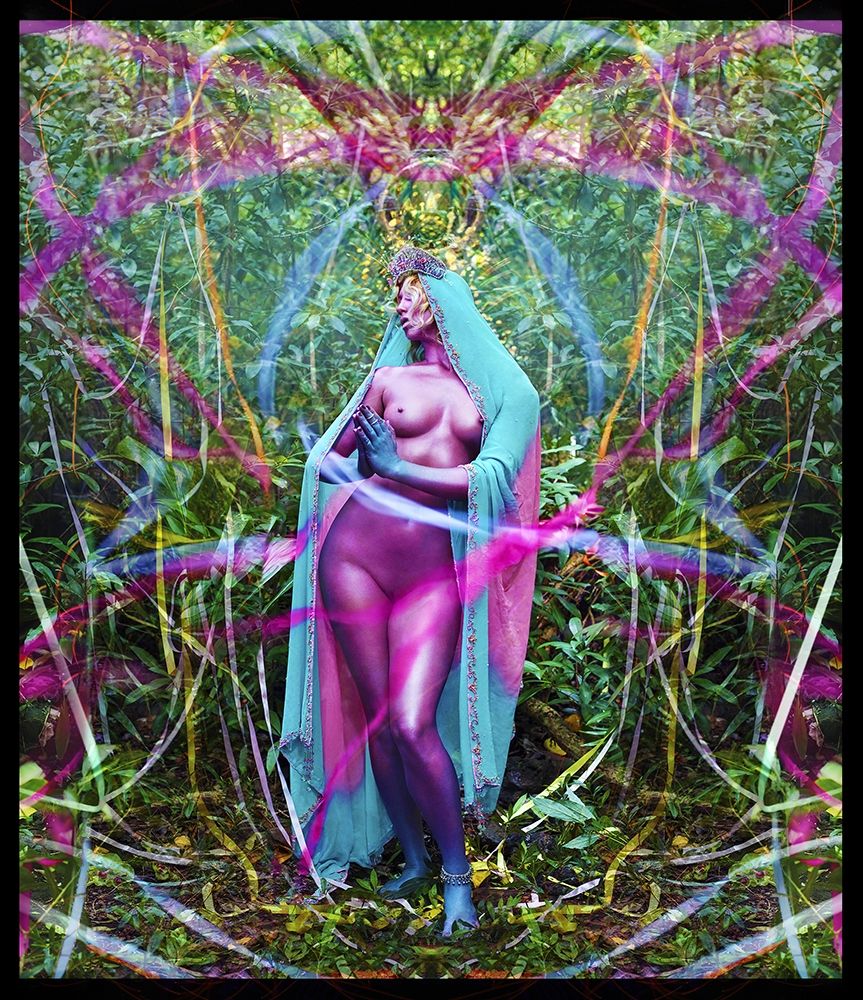 Casa dei Tre Oci, Venice hosts from 12 April to 10 September 2017, the surreal, baroque, and pop universe of David LaChapelle, one of the most important and irreverent contemporary photographers.

The exhibition, curated by Reiner Opoku and Denis Curti, and organised by the Fondazione di Venezia and Civita Tre Venezie, will be presenting more than 100 images that follow the career of this American artist, from his early projects in black and white from the 1990s to the more recent works in colour, works which have largely become iconic and which have guaranteed him international recognition by both critics and the public.

The exhibition, the first solo show by LaChapelle to be held in Venice, proposes a great novelty: the world premiere of New World, a new series made over the past four years. It consists of 11 photographs that mark the artist’s return to the human figure and that are centred on such ideas as paradise and the representations of joy, nature, and the soul.

The exhibition layout starts from the 1990s, when Andy Warhol offered him his first professional photographic assignment for Interview magazine. It was in this period that LaChapelle pondered on the communicative and promotional possibilities of the press, possibilities closely linked to Pop Art.
His photos denounce contemporary obsessions, the relationship with pleasure, affluence, the superfluous, and the unbounded need to make an impression. And he wraps everything in electric colours and lacquered surfaces, all characterised by the recurrent presence of a brazen and aggressive nudity.

His subjects are such celebrities as Michael Jackson, Hillary Clinton, Muhammad Ali, Jeff Koons, Madonna, Uma Thurman, Andy Warhol, and David Bowie, the images of whom are used as mass-produced merchandise, knowingly sacrificed on the altar of a system based on icons.

The turning point that marked the change to a new phase of his art was his journey to Rome in 2006. It was then that, during a visit to the Sistine Chapel, he was transfixed by Michelangelo’s frescoes and the pomp of religious power, and these led him to espouse the monumentality and grandiosity of the Italian Renaissance. It was, in fact, Michelangelo’s The Deluge that suggested to him the creation of his own The Deluge, in which the references to Michelangelo’s masterpiece are mixed with the logos of the consumer society and the flaunted beauty of the naked bodies.

The exhibition continues with After the Deluge, photographs that show a situation in which all the objects and symbols of the current world are submerged, and Awakened, in which are portrayed people in an embryonic state immersed in water: a kind of resurrection after the deluge.
After 2006 LaChapelle began to make photographic series. Even though each series is autonomous they are linked together quite coherently in a subtle balance between the sacred and profane; they alternate various subjects on the common theme of Vanitas. In fact, if in Earth Laughs in Flowers this motif is approached through the beauty of faded flowers, in Still Life there is shown a series of wax statues destroyed by vandals and which have the appearance of various stars of Hollywood.

During his career this American artist has, of course, dealt with landscape photography which, from 2013 onwards, became an area of particular interest for his art. In Venice there will be shown some photos belonging to the series Gas Station and Land Scape, in which he has reconstructed scale models of gas stations and refineries, with the use of such recycled materials as egg cartons, computer motherboards, hair curlers, and drinking straws. In the more elaborate versions, LaChapelle photographed these small models in the Maui rainforest, in the desert, and on the coast of California.