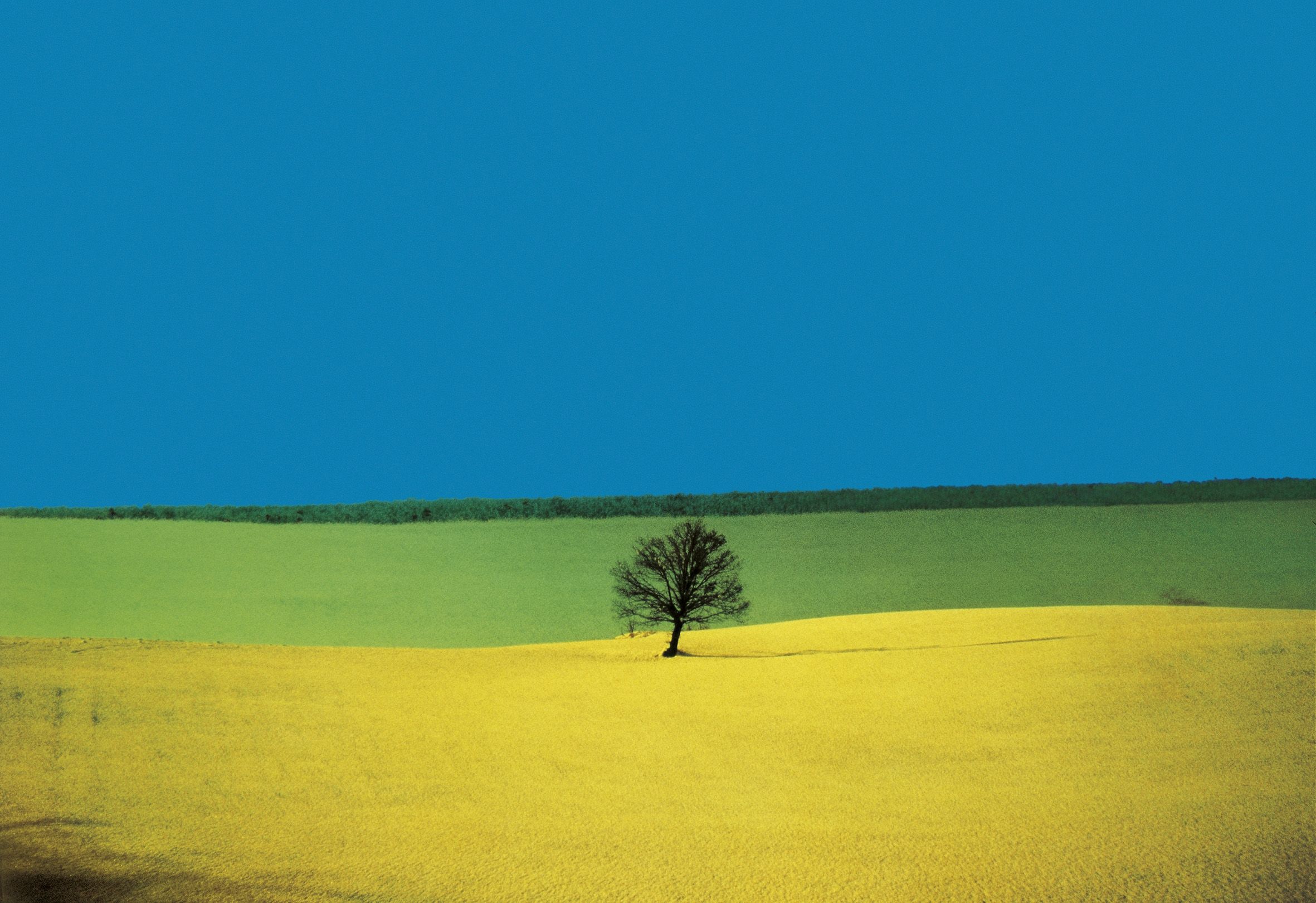 The first great Franco Fontana's retrospective in Venice, more than 130 photographs which narrate his very long story of a worldwide known photographer.

Bright colours, splendid, vibrant. Compositions whose rhythm is set by overlapping lines and planes, geometrical forms built on light. Hyperreal landscapes, truer than the true, surreal, suspended and often impossible. Deceptive proportions with no room for humans. Figures revealed in negative, sublimated in long shadows suggesting the idea of both presence and absence. Bodies like landscapes, and plains and hills with anthropomorphic outlines. These distinctive features immediately and unequivocally conjure up the visual language of Franco Fontana, a photographer whose work has been widely and consistently acknowledged in Italy and worldwide. His photographs have appeared in over 400 exhibitions, solo and collective, and more than seventy books of his works have been published; he has won major international acknowledgements, prizes and awards. It may seem that the landscape is the protagonist of his research. Actually, there is a humanisation of the landscape, a transformation that takes place through colour, Fontana’s true subject. Through his choices of colour juxtapositions, Fontana gives meaning to his photography and makes it vital. He sets out on a creative path that breaks the rules, often bringing out previously unknown aspects of reality, whose interpretive solutions are always very highly coloured, like the diverse situation and moods of life. Going beyond the purely aestheticising approach, the ultimate meaning of the concise expressive synthesis that Fontana has pursued in over fifty years of career can be found in the way he interprets what surrounds him. Fontana has never given up exploring and pushing to the edge the potential and limits of photography, also from the technological point of view. On the contrary, precisely by exploiting the transformational power of the camera he has created a visual language with distinctive features, which fully conveys the photographer’s vital, creative force. In taking samples of the world, he renders it as if distilled and more spacious, after having sifted it through the filters of his own particular sensibility. [Denis Curti]

Franco Fontana was born in 1933 in Modena. He took up photography in 1961 and joined an amateur club. He held his earliest solo shows in 1968 in Modena, his native city, which marked a turning point in his career. He has published over seventy books with Italian, French, German, Swiss, Spanish, American and Japanese publishers. His photographs have appeared worldwide in over 400 exhibitions, solo and collective. His images are in collections in over fifty public and private, Italian and international galleries, including: the Bibliothèque Nationale, and the Maison Européenne de la Photographie, Paris; the George Eastman House International Museum of Photography, Rochester, the Musée de la Photographie, Arles, the Museum of Modern Art, New York, the National Museum, Beijing, the Stedelijk Museum, Amsterdam, the Metropolitan Museum of Photography, Tokyo, the Galleria Civica d’Arte Moderna e Contemporanea, Turin, and the Victoria and Albert Museum, London. Many companies have asked him to collaborate on advertising campaigns, he has published photographs in Time-Life, The New York Times, Vogue Usa, Vogue France, Il Venerdì di Repubblica, Sette del Corriere della Sera, Panorama, Frankfurter Allgemeine Zeitung, Class, Epoca and others. Fontana has been invited to hold photography workshops in various schools, universities and institutes such as the Guggenheim Museum in New York, the Tokyo Institute of Technology, the Académie Royale des Beaux Arts, Brussels, the Toronto University, and so on in Rome, Paris, Arles, Rockpot, Barcelona, Taipei and many other cities. Every year he holds academic courses at the Politecnico di Torino, and the LUISS University, Rome. He is the director of the Toscana Fotofestival. He has collaborated with the Centre Georges Pompidou, the Japanese Ministry of Culture, the French Ministry of Culture.