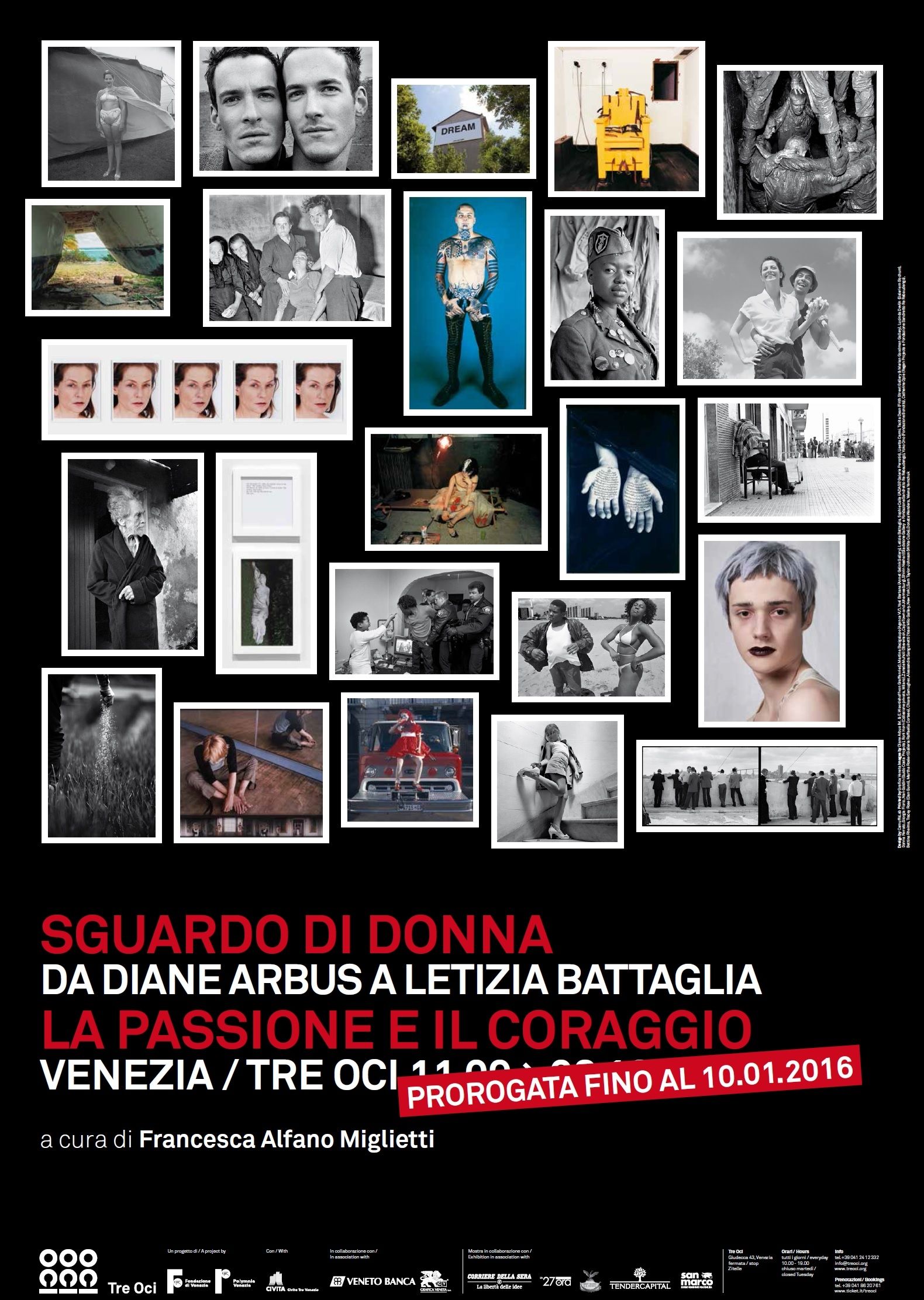 Every day from 10 am to 7 pm, closed on Tuesday

The Casa dei Tre Oci will inaugurate the Through women’s eyes exhibition, curated by Francesca Alfano Miglietti, on September 10, 2015. The work of twenty-five photographers has been chosen to direct the viewer’s gaze and mind onto a world of diversity, responsibility, compassion, and justice. Antonio Marras has designed the exhibition’s layout in such a way as to transport the viewer into the very heart of the stories that can be read along the walls. The layout is itself an experience within the experience of the exhibition, a fundamental element in the narrative, creating a relationship between the venue’s spaces and the photographic works.

Through women’s eyes is a powerful exhibition that speaks about the care lavished on relationships, about our relationship with the other, and about ways of gazing on and observing the world—and where the premise is an innate sense of responsibility. It is also an ambitious project, underlining as it does how over the last few decades photography has opted to become a sort of world conscience, often also depicting that which has been concealed. A woman is by definition a loving being, capable of “totally giving spirit and body” (Nietzsche, The Gay Science) with unconditional devotion. This is why the curator Francesca Alfano Miglietti has chosen female artists or authors who use photography as a means of expressing themselves and all women the world over. They are all finely attuned to perceiving the same humanity, uniqueness, and in-difference in the infinite variety of subjects they portray; their aim is to eschew the fear of diversity. Through women’s eyes is also a polyphonic tale of the manifold forms of the body—physical, mythical, spiritual, and glorious—with a dual value: intimate and universal, it sets out on a search for existence, beyond the anonymous system of the mask. Each work provokes profound and intimate dialogue between the subjects of the photographs and the viewer, relating an indefinite glimpse of our common human condition, an “invitation to become aware” of the existence of different worlds that are often completely extraneous from one another.

Through their work and images, these photographers deal with the profound themes of human existence, life, love, and the body, highlighting differences, conflicts, suffering, relationships, fears, and transformations. The exhibition is therefore a complex dramatic composition presenting a wealth of references to other sources. At times it seems as if the photographers are bound to recover the tradition of photojournalism; at others a heart rending, melancholic poeticism; and, at yet others, the language of denunciation and compassion. The characteristic that all the works have in common is the absolute centrality of a dialogue with the real—a centrality that establishes strict links with the forms of the world in recovering life’s materials. And herein lies the paradox—anyone who approaches these works realises that the world they relate and display has nothing of the spontaneous about it. Whether the photographs depict men or women, a room or a bed, whether you given a bench or an electric chair, the compositional thrust of the works is never geared towards photojournalism or the quick snapshot. What you clearly perceive is the author’s ability to invent and construct stories based on a poetic thought, an idea of what might happen and often does indeed happen.

The illustrated exhibition catalogue is published by Marsilio Editori in English and Italian versions.